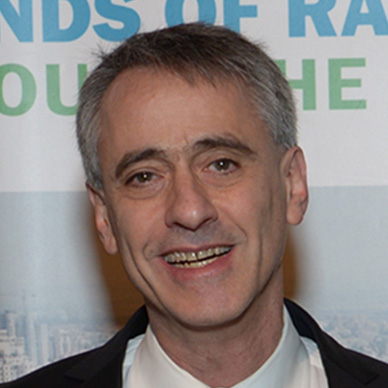 Many American Jews can be counted among Israel's pioneering families, and we are proud that the historical roots of Rabin Medical Center were present before Israel became a state. We are overjoyed to have the good fortune to witness how the pioneers made Israel bloom and to see how Rabin Medical Center has grown to become the premier hospital in Israel. Our association today with American Friends of Rabin Medical Center allows us to continue our historic relationship to help Israel fulfill her dream of being a homeland for Jews the world over. For when they finally arrive, they will receive the best medical attention available anywhere in the world.

May we go from strength to strength together,
Joshua Eli Plaut, Ph.D.
Executive Director
American Friends of Rabin Medical Center

There are individuals who inspire and lend courage, people who live with daily reminders of their vulnerability and still excel beyond imagination: athletes who win races in wheelchairs, survivors of major illnesses, tycoons who rise from unimaginably difficult circumstances and go on to help countless others.

On a broader scale, Israel and its people do the same for us. For sixty years, the people of this small nation have lived with the constant reminder of their own fragility, surrounded by those who seek its demise, as they still do today. And yet, for sixty years, Israel has been a source of intellectual, technological, artistic and agricultural advances that have bettered the world at large and have made this barely visible stretch of land on a map a major force in humanity. As we offer our support, we take pride in the knowledge that we are a part of its growth and its survival.

Rabin Medical Center is a flourishing example of courage under fire and a reminder of the tremendous strength and inspiration that ordinary people have to offer the world. Through war after war and formidable economic, emotional and psychological challenges, this medical institution has served the people of Israel and improved the lives of millions well beyond its borders year after year without fail. Rabin Medical Center and its people are indeed both an example of courage under fire as well as of honor and human dignity.

This Israeli institution, a center of excellence in the entire Mediterranean region, is today one of the most impressive medical institutions in the world and continues to plan for the future. At American Friends of Rabin Medical Center, we will do our part to assist Rabin Medical Center in its mission. Our support is unwavering, our admiration is constant, and our sight is set on the future.

A History of Excellence 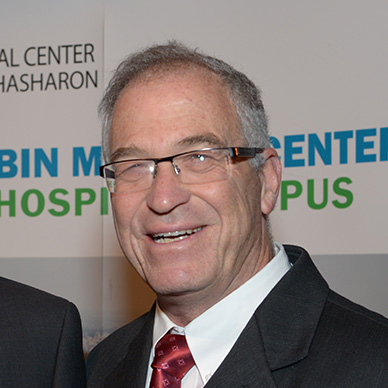 More than 70 years ago, before Israel was even officially declared a state, Beilinson and HaSharon Hospitals (today the Rabin Medical Center) were established, marking the beginning of excellent medical care in the Jewish state. Throughout the years, Rabin Medical Center has played a central role in every crisis, every war, and every emergency alert.

In 1948, within hours of Israel's declaration of Statehood, the War of Independence broke out and Beilinson Hospital - then only a one-story building - quickly had to turn the physicians' lounge into an orthopedic ward and a small hut outside the main building into an emergency room. A long series of wars, conflicts, and emergency alerts were to follow, each situation requiring a more advanced level of emergency preparedness. We can proudly say that Rabin Medical Center was always prepared and fully ready to handle the influx of wounded citizens and soldiers. As the first hospital in Israel to establish a department of Neurosurgery and Cardiothoracic Surgery, we have often received large numbers of critically injured from throughout Israel, and have offered renewed hope and saved lives.

Today, Rabin Medical Center is a thriving facility providing superior medical care and advanced research, a pioneer in medicine, that treats all residents of the country, without regard for religion or ethnicity, with close to one million patient visits annually.

Our tremendous development would not have been possible without the support of our friends in Israel and abroad, and the continued realization of our dreams would not be a reality. Now in the midst of building a new world-class Center for Emergency and Trauma, Rabin Medical Center will no doubt continue to excel in its mission to provide the finest medical treatment possible, in times of peace and in times of war.

I truly thank you all for your ongoing efforts and support.