Special Relationship with the Rabin Family

Over the years a unique and special relationship was established between the hospital and the Rabin family. As a tribute to Mrs. Leah Rabin on her 70th birthday, the newborn nursery unit was named after her and the late King Hussein and Queen Noor of Jordan paid tribute by making a generous donation.

Mrs. Rabin was treated by the Recanati Center for Internal Medicine and Research specialists at Rabin Medical Center. During that time, a warm and friendly relationship was created between the staff of the department not only with Mrs. Rabin but also with her family. The department later planted 100 trees in her memory, and an additional tree in honor of Re'ut, her granddaughter, who was born on the day Mrs. Rabin died.

In a moving ceremony held at Rabin Medical Center, Daliah Rabin-Pelossof, Itzhak and Leah Rabin's daughter, planted an olive tree in memory of her mother. Dozens of family and friends were present at the event, together with the management of the hospital and staff of the Recanati Center, headed by Prof. Moshe Garti, who treated Mrs. Rabin when she was ill.

Daliah Rabin-Pelossof spoke with great feeling about the strong bond Leah had with Rabin Medical Center, and of the link between the olive tree, the symbol of peace, and the yearning of the Rabin family to achieve peace in the entire region.

Today marks 15 years since an assassin's bullet killed my friend, Yitzhak Rabin, the Israeli prime minister. Since his death, not a week has gone by that I have not missed him. I loved him and his wife, Leah, very much. On the occasion of the anniversary of his death, his yahrzeit, the world would do well to remember the lessons of his life: his vision for freedom, tolerance, cooperation, security and peace is as vital now as it was 15 years ago, when he happily spoke and sang for peace at a huge rally in Tel Aviv just before he was killed.

Rabin was utterly without pretense. When David Ben-Gurion sent him as a young man to represent Israel during armistice talks in 1949, he had never before worn a neck tie, so a friend tied it, and showed him how to loosen it so he could preserve the knot for future use. True to form, two weeks before his assassination, he arrived in Washington at a black-tie event without the black tie. We borrowed one for him, and I still smile whenever I think about straightening it for him, just as Hillary does when she remembers how he complained when she made him go out on the Truman Balcony to smoke.

The story of Yitzhak Rabin and the story of Israel are intertwined. He took up arms to defend Israel's freedom, and laid down his life to secure Israel's future. When he came to the White House in 1993 to sign the Declaration of Principles with the Palestinians, he was a military hero, uniquely prepared to lead his people into a new era. Before shaking the hand of Yasir Arafat, a man he had long considered his mortal foe, he spoke directly to the Palestinian people:

"Enough of blood and tears. Enough. We have no desire for revenge. We harbor no hatred toward you. We, like you, are people - people who want to build a home, to plant a tree, to love, to live side by side with you in dignity, in empathy, as human beings, as free men. We are today giving peace a chance, and saying again to you, enough. Let us pray that a day will come when we all will say, 'Farewell to the arms.'"

A decade and a half since his death, I continue to believe that, had he lived, within three years we would have had a comprehensive agreement between the Israelis and Palestinians. To be sure, the enemies of peace would have tried to undermine it, but with Rabin's leadership, I am confident a new era of enduring partnership and economic prosperity would have emerged.

In many ways Rabin was ahead of his time. The end of his life overlapped with the emergence of the most interdependent age in human history, the explosion of the Internet and the era of globalization. The ties that bind the Israelis and the Palestinians - in his words, two peoples "destined to live together on the same soil" - are a powerful example of the connections that tie us all together across the globe. We are linked in so many ways that we cannot get away from each other.p>

Therefore, each in our own way, we must all take up the cause for which Yitzhak Rabin gave his life: building a shared future in which our common humanity is more important than our interesting differences. We can all do something, in our communities or around the world, to build the positive and reduce the negative forces of interdependence.

Rabin was a hard-headed idealist. His great gift was to keep the public's trust while taking measured risks for peace. This approach was best reflected in his own guiding principle: he would work for peace as if there were no terrorism, and fight terrorism as if there were no peace process.

If he could speak to us today, he would ask us to remember him not by mourning what might have been, but by looking clearly at the opportunities and obstacles to peace and getting on with the work at hand.

There is a real chance to finish the work he started. The parties are talking. Prime Minister Benjamin Netanyahu has the necessary support from his people to reach an agreement. Many Israelis say they trust him to make a peace that will protect and enhance their security. Because of the terms accepted in late 2000 by Prime Minister Ehud Barak, supported in greater detail by Prime Minister Ehud Olmert, and approved by President Mahmoud Abbas and other Palestinians, everyone knows what a final agreement would look like.

The remaining issues can be resolved, and the incentives to do so are there. Israel has its best partner ever in the Palestinian government on the West Bank led by President Abbas and Prime Minister Salam Fayyad, with its proven ability to provide security and economic development. The peace alliance put together by King Abdullah of Saudi Arabia offers Israel full political recognition and the prospect of security and economic cooperation with a host of Arab and other Muslim nations in exchange for an agreement. And many Arab states are engaged in their own economic and social modernization efforts, which prove they are ready to let go of past differences and eager to reap the possibilities of cooperation with Israel.

Meanwhile, the United States government remains committed to maximizing the benefits and minimizing the risks of peace, a conviction shared and manifested by President Obama; Secretary of State Clinton; George Mitchell, the administration's special envoy; and their colleagues.

On that shining, hopeful day in 1993, Yitzhak Rabin stood on the White House lawn and spoke like a prophet of old when he said, "We are today giving peace a chance, and saying again to you, enough."

Let us pray on this anniversary that his service and sacrifice will be redeemed in the Holy Land and that all of us, wherever we live, whatever our capacity, will do our part to build a world where cooperation triumphs over conflict. Rabin's spirit continues to light the path, but we must all decide to take it.

The Circle of Life: Great Grand Daughter of Rabin Born at Hospital 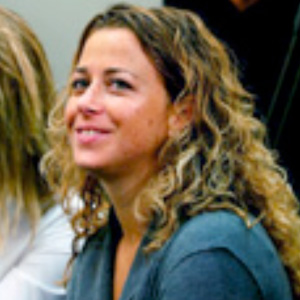 Any hospital in Israel would have been proud to deliver her baby, but Noa Rotman, the granddaughter of the late Prime Minister Itzhak Rabin, decided to give birth at the hospital which bears his name, Rabin Medical Center.

Noa gave birth to baby girl weighing 7 1/2 lbs at the Helen Schneider Hospital for Women at Rabin Medical Center under the care of Prof. Moshe Hod, Head of the Maternal Fetal Division. Both mother and daughter are resting comfortable in the maternity ward where the baby nursery bears the name of her grandmother, the late Leah Rabin. This nursery was donated by Queen Noor of Jordan on Leah's 70th birthday.

Noa spoke of her experience at the Rabin Medical Center, "This is an extremely special moment for me, the closing of a circle, since my baby was born in a hospital which bears my grandfathers name and her first home is a nursery which meant so much to my grandmother Leah."