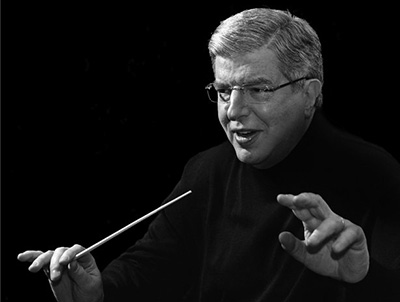 Mr. Hamlisch, a distinguished contemporary music figure, was well known for his musical compositions of such shows as A Chorus Line, They're Playing Our Song, The Goodbye Girl, Sweet Smell of Success, and numerous other productions. Hamlisch has been awarded for his groundbreaking work, including three Academy Awards, four Emmy Awards, four Grammy Awards, a Tony Award, three Golden Globe awards, and a Pulitzer Prize.

In addition to his musical contributions, Mr. Hamlisch was a proud supporter of the American Friends of Rabin Medical Center. Throughout the years, Martin had attended many of AFRMC's Annual Galas and in 2006, graced the stage with a memorable performance for over 750 gala attendees.

Mr. Hamlisch passed away on August 6, 2012 and will be deeply missed. American Friends of Rabin Medical Center sends its condolences to his family and loved ones. Marvin Hamlisch will always be remembered for his talents and his musical legacy will continue for generations to come.

Professor Zvi Laron has been awarded The 2009 Israel Prize for Medical Research, the country's highest honor, for his groundbreaking research on growth hormone activity.

Professor Bernardo Vidne, Chairman and Director of the Department of Cardiothoracic Surgery at Rabin Medical Center and top cardiac surgeon in Israel today, did not follow the mold of those students who were destined to become physicians.