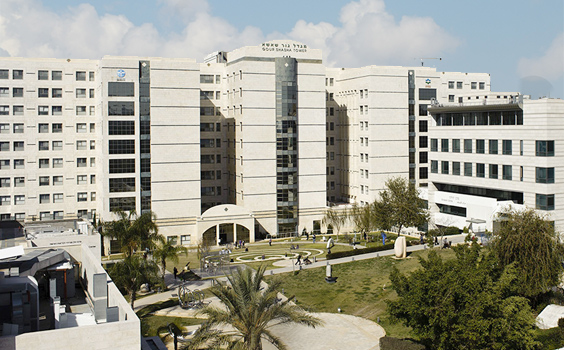 Despite the plethora of frightening headlines about crowding, lack of compassion and overburdened doctors and nurses in the public hospitals, a first-ever Health Ministry survey of 24 medical centers around the country showed relatively high satisfaction among patients.

The ministry’s quality, safety and service administration examined hospitals according to their size (small, medium and large); satisfaction with doctors and nurses; physical conditions; provision of medical information to patients; discharge procedures in a variety of departments, including surgery, internal medicine and others.

Arnon Afek said the polling of patients was “just at the beginning,” and that such surveys will be held annually to keep hospitals on their toes and patients aware of their rights.

Since such patient-satisfaction surveys are regularly carried out in other OECD countries, the participation of Israeli hospitals creates a measure of comparison with these standards.

Because internal medicine departments are usually the most crowded and handle usually elderly patients with the most complex chronic diseases, it was not surprising that satisfaction with these was lower than in other departments.

But in any case, average satisfaction rates in most of the hospitals – by Hebrew-, Arabicand Russian-speaking patients – ranged from 90 percent down to over 60%, with most in the 70% to 80% range.

The survey included more than 11,000 patients over the age of 18 who had been hospitalized for at least two days and nights in the 24 hospitals.

All the departments were sampled, except for obstetrics and gynecology, pediatrics, intensive care, psychiatry, emergency medicine and rehabilitation, as well as outpatient clinics. About 500 interviews were conducted in each hospital within two weeks of patients’ discharge.

Nearly half of those asked to participate agreed to be interviewed.

A total of 55% of the patients rated their general satisfaction with the hospitals where they were treated as nine or 10, while 12% were “very unsatisfied” and rated their stay as 1 to 5.

Among the largest hospitals, the highest rating was given to the Rabin Medical Center-Beilinson Campus in Petah Tikva (81%), followed by Sheba at Tel Hashomer (78%).

Among the large- to medium- sized, the top hospital was Haifa’s Bnei Zion; and among the smaller hospitals, the top institution was the (ultra-Orthodox) Ma’ayanei Hayeshua Hospital (85%) in Bnei Brak. The Scottish Hospital in Nazareth was also highly rated among the small hospitals.

Hospitals with a more religious (Jewish or Muslim) clientele seemed to have higher rates of satisfaction than others.

Beilinson director-general Dr. Eyran Halpern said after the release of the report he “salutes our thousands of employees who work day and night to provide excellent medical care, service, attention and information, as well as hospitalization at the level of hotel services. We have additional proof that Beilinson is leading Israeli medicine.”

He added, however, that Israeli healthcare is provided today under difficult budgetary and other conditions and that more must be done.

In general, patients were most satisfied with the nurses in their department – 83% – compared to 81% with the doctors.

When asked if they felt they had been “in good hands,” the five largest medical centers (Sheba, Sourasky, Rambam, Beilinson and Soroka) all earned high ratings, while among the medium-sized ones, Emek, Carmel, Meir in Kfar Saba, Bnei Zion and Shaare Zedek in Jerusalem received the best grades.

With an average occupancy rate throughout the year, most complaints were about physical conditions – with those who were hospitalized in corridors in Barzilai, Wolfson, Hillel Jaffe, Western Galilee State Hospital in Nahariya, Kaplan, Rabin Medical Center-Hasharon Campus in Petah Tikva, Laniado and Hadassah Mount Scopus giving the lowest scores on physical conditions.

Regarding Jerusalem, patients in Shaare Zedek and Hadassah Mount Scopus were generally a bit more satisfied than those in Hadassah Ein Kerem.

One of the most common complaints of hospital patients around the country was that they were not given adequate and clear explanations when discharged.

But ironically, non-academics, Arabs and patients over 35 were most satisfied with their treatment, maybe because they least expected it.

Meanwhile, the ministry also released on Tuesday a report on the condition of premature baby units in hospitals around the country. In the past, the state comptroller published critical reports of such facilities, saying they were overcrowded and understaffed, with too many infections occurring that endangered infants.

However, the ministry said, in recent years much effort and money has been invested in improving conditions in such units, and the National Insurance Institute has raised payments to hospitals for treating the little babies. In addition, incentives were given for young medical graduates to go into neonatology as a specialty.

Of 26 premature baby units examined, half received bonuses for providing high levels of care. There is careful monitoring of infections in the units, and their rate has been reduced, the ministry said.

It was perhaps ironic that on the day that a special emergency exercise in the event of a chemical attack in a central neighborhood was held at Rabin Medical Center a real rocket fell in Beer Sheva showing the importance of always being prepared.

Out of all the hospitals in the world, Dr. Dejuma Osman Kalba, Head of the Department of Urology at one of the best hospitals in Nigeria which treats the president and other dignitaries, choose to undergo a short clinical fellowship at Israel's Rabin Medical Center.

Senior cardiologist from Rabin Medical Center, Dr. Alon Eisen, is the first doctor from Israel to participate in renowned TIMI (Thrombolysis in Myocardial Infarction) Study Group in the United States.