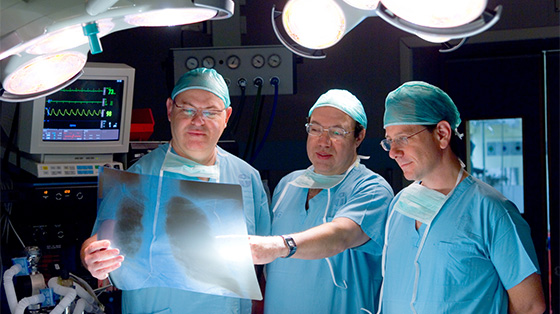 “Although asthma is a respiratory disorder and migraines are a neurologic disorder, the question of their relationship has fascinated allergists and neurologists for more than a century,” notes Dr. Graif. He continues, “Indeed, asthma has been previously described as ‘acephalic migraine’ and ‘pulmonary migraine.’”

In the study, the team mined recruitment data from 1987 to 2010 to create a cohort of 113,671 adolescent Israeli army draftees, aged 17 years old. Asthma and migraine diagnoses were made by specialists. Dr. Graif and his colleagues assessed the prevalence of migraine among draftees both with and without asthma. They also identified and controlled for various confounding variables.

In all, of the four percent of research subjects with asthma, 1.9% suffered from migraines. Importantly, migraines were more common among subjects with asthma than in those without asthma. This result concurred with previous research findings from the United States, United Kingdom, Norway, Taiwan, and Turkey.

Due to the cross-sectional design of their study, the team could not determine the temporal link between asthma and migraine. Nevertheless, on the basis of previous research, they suggested that migraine diagnosis followed asthma diagnosis.

Gene transfer to the heart is no longer a script for science fiction.

As if being stricken with cancer isn't enough, there are many cancer patients whose immune systems become so weakened by chemotherapy treatments that they become prone to life threatening infections.