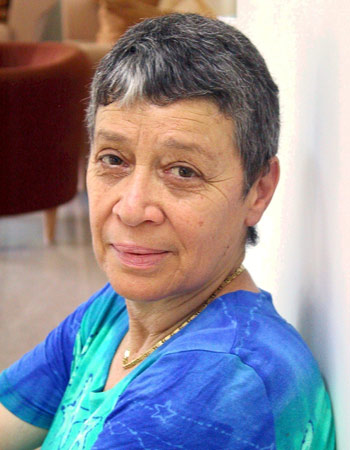 The new Breast Care Center will integrate and expand current services at the hospital by bringing together all relevant breast cancer detection, care and research services in one state-of-the-art facility. Approximately 3,000 women are examined each year and almost 8,000 mammographies are performed at Rabin Medical Center. In Israel, about 4,000 women are diagnosed each year with breast cancer. During their lifetimes, one in eight women in Israel are diagnosed with breast cancer, a number similar to developed countries all over the world.

The luncheon was hosted by Ambassador Gabriela Shalev, Israel's first woman ambassador to the United Nations, who gave an eloquent diplomatic briefing about current events affecting Israel. Ambassador Shalev was then interviewed by celebrity newscaster Paula Zahn about her experiences at the United Nations and her own life. Shalev impressed everyone with her openness and personal warmth. The luncheon was attended by over 80 women, who were served an elegant meal, and treated to a behind-the-scenes tour of the United Nations. There was a fabulous Silent Auction of beautiful items to benefit the hospital. This highly successful annual Women's Luncheon has become a feature of the New York City charity circuit.

Davidoff Cancer Center is an international leader in cancer care and has set the standard as Israel’s first and preeminent comprehensive cancer center.

Yawovi Agboyibo, the Prime Minister of Togo in Africa, visited Rabin Medical Center in the company of the Israel Ambassador to Togo, Benny Omer, and several of Togo's senior government ministers.

Rabin Medical Center is a wonderful hospital named after an incredible human being. I had the privilege of knowing Prime Minister Yitzhak Rabin....