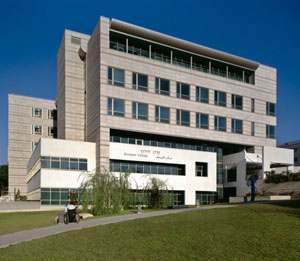 When 51 year old Ilana Golan found out that she was suffering from lymphoma and would now be a patient at the hospital where she herself worked, her world seemed to turn upside down. The nurse now became the patient. For most of her adult life Ilana, head nurse in the delivery unit at Helen Schneider Women's Hospital at Rabin Medical Center, had brought new life into this world, delivering hundreds of healthy babies and bringing joy to their parents. Now she was on the other side of the divide.

Almost two months ago Ilana had touched her neck and felt a swelling in one of her lymph nodes. Though she had not been felling well, she thought it was from working long hours and had ignored the signs that something was wrong. When she didn't get better she went to see her family physician and she laughingly said she thought she had lymphoma. While waiting for the test results she continued to work overtime, responsible for a staff of 80 with approximately 800 births a month, but in the pit of her stomach she was not really surprised when she heard the news that she had been diagnosed with lymphoma. Lymphoma is a type of cancer that originates in lymphocytes of the immune system, often appearing as an enlargement of the lymph nodes (a tumor). However, she was shocked when the ultrasound showed there were tumors in several of the lymph nodes in her neck and under her arms. She was referred to a specialist in hematology and underwent a biopsy almost immediately. She waited nervously for the pathology results which came back a week later with the results. Ilana had an aggressive form of lymphoma. Though she would need high doses of chemotherapy, the probability of recovery was very high. At that moment her world seemed to be falling apart. She was now Ilana the patient, and like everyone in her situation she was frightened by the chemotherapy and wondered if her body would be able to handle it. She was admitted to the Davidoff Center at Rabin Medical Center, Israel's most advanced cancer center, and began chemotherapy treatments. She lay in bed thinking than not long ago she had been busy bringing new life into this world, and now she was fighting for her own life.

Ilana completed her treatments and went home. Thankfully she is healthy and recovered, but her life will never be the same. No words can express what a wonderful feeling it is for her to be alive. Now she has returned to work at the Helen Schneider Women's Hospital, where she is once again doing what she likes best, helping create new life.

His Memory Lives On

Rafael and Carmit Biel wanted nothing more than to have a child.