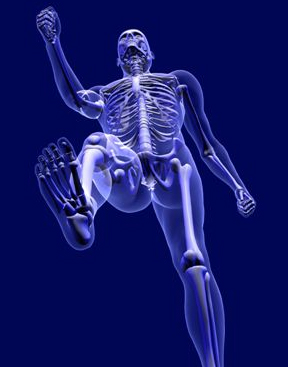 Prof Moshe Salai, head of Orthopedics at Rabin Medical Center, told us that 30 years ago when he was just beginning his career, he was shocked to be told that there was no point in treating people over eighty years old suffering from fractures in the femoral neck since at that age they had little chance of recovering from surgery.

Prof. Salai is happy to report that today people in the western world including Israel live longer, fuller lives and we now have the ability to offer them treatment for orthopedic fractures and many other medical problems.

Yet as the number of seniors in Israel increases so does the number of older people suffering from fractures of the femoral neck, which connects the femur, or thigh bone, to the joint at its top. The fracture can either be treated by setting it until it heals, or in 20-30 percent of cases it is replaced with an artificial implant. Both treatments require surgery and time is of the essence as the more quickly the fracture is treated the less chance of complications and mortality. Research shows that without surgical intervention many patients will die, so performing one of these two operations is considered a lifesaving measure.

Consequently, many elderly people in Israel undergo surgery for femoral neck fractures. 60% of them are women, usually due to a loss of calcium (osteoporosis), dizziness or loss of balance. 40% of these fractures occur during the morning hours when they simply go to the bathroom and don't turn on the light, 10-20% in the shower and another 20-40% during the course of everyday activities.

More than 350 people undergone surgery for this type of fracture annually in the Department of Orthopedics at Rabin Medical Center, and age is not considered a factor for having this lifesaving operation. Such was the recent case of a woman, aged 102, still independent and with a clear mind, who after suffering from a hip fracture was operated on by one of the senior orthopedic surgeons at Rabin Medical Center together with Prof. Salai. She happily returned home to recover and continue with her life. It is important to note that there is a loss of some functionality after surgery, depending on the fracture, the person's age and so forth., yet is it comforting to know that as the population gets older fractures and many other diseases can be treated successfully, giving seniors a chance to live their life to the fullest.

For the first time ever in Israel, the dedicated staff at the Rabin Medical Center performed a small intestine transplant in an adult.

Dr. Eyal Porat, recently returned from India where he was part of a prestigious group representing Israel in the fields of medicine, culture, sports and culinary arts.