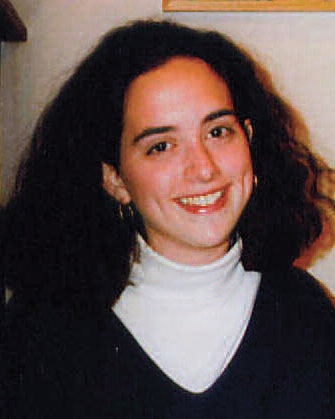 Etan Flatow's life changed forever on April 9, 1995, just before his 12th birthday. That day an Islamic suicide bomber drove a van loaded with explosives into a public bus, killing his 20-year old sister Alisa and seven Israeli soldiers who were commuting to the former Jewish settlement of Kfar Darom in Gaza, where she was volunteering teaching children. Alisa was a Brandeis University junior when she took a semester off to study at the Jerusalem seminary Nishmat. She fell in love with Israel, volunteered extensively, and was considering aliyah.

From that night on, Etan was the brother of a victim of a terrorist attack in Israel, the first American tourist killed in a suicide bombing. Two thousand mourners came to her funeral at Ahavas Achim B'nai Jacob and David in West Orange, New Jersey, and there was a tremendous outpouring of sympathy from the entire community. Since then, Alisa Flatow's name has remained in the public eye, in large part due to a memorial scholarship for study in Israel established in her name by her parents, Rosalyn and Stephen Flatow, and their family and a long and finally successful lawsuit against Iran won by Stephen Flatow, an attorney and Treasurer and Secretary of the American Friends of Rabin Medical Center's Executive Board. Stephen Flatow is also a former chair of the Community Relations Committee of United Jewish Communities of MetroWest New Jersey.

The Alisa Flatow Memorial Scholarship Fund has allocated 150 Israel study scholarships over the past 13 years, which makes Stephen Flatow proud. The Fund is administered through the Jewish Community Foundation of MetroWest, New Jersey. Stephen, who fought legal battles on his daughter's behalf in courtrooms, said that he envied Etan, who has the opportunity to fight for Israel in a different way.

Alisa Flatow continues to be a constant inspiration to her brother, Etan said. "What happened to my sister makes me have a stronger connection to the state and the army. Everyone in my family tries to do the best we can to memorialize Alisa. I try to be the best that I can be."

In 2002, after studies at the Joseph Kushner Hebrew Academy and the Frisch School in New Jersey, Etan came to Israel and lived on Kibbutz Sdei Eliyahu for six months. Later, following his studies at Queens College in New York, in 2005 Etan returned to Jerusalem briefly and decided he wanted to live in Israel. He remembers going to the Kotel (Wailing Wall), and crying because he knew this was the last place his sister had prayed before she died. He came back permanently a few months after that and later made aliya (immigrated to Israel). He received his military draft notice in August 2007, and he joined the Israel Defense Forces in May 2008. Etan is presently stationed in Northern Israel for basic training and intensive Hebrew language courses. Etan wanted to serve as a shooting instructor, because he has been shooting at target ranges with his father since his teens, but the army has not yet decided where he will serve his six month service and later mandatory reserve duty. He is enjoying his military service, and said he would not mind extending his tour of duty.

Even in the first few days of grief after Alisa''s death, the family was determined to find something life-affirming in Alisa''s death: Her heart was successfully transplanted to a 56-year-old man who had been waiting more than a year; her liver was donated to a 23 year-old-man, and her lungs, pancreas, and kidneys went to four different recipients. Her corneas were donated to an eye bank.

Stephen Flatow and his family were introduced to what was then Beilinson Medical Center (now Rabin Medical Center in Petach Tikvah) from the news that Alisa''s heart had been successfully transplanted at the hospital. The recipient, Yaakov Salinas, lived nearby in Kfar Saba. The transplant went so well that Salinas was able to attend his grandson''s brit (circumcision) soon after release from the hospital. A short while later, Rosalyn and Stephen Flatow were visited at home by Dr. Dan Oppenheim, who told them that the hospital''s heart transplant recovery unit was going to be dedicated in Alisa's memory.

Stephen Flatow said: "Our introduction to Rabin Medical Center, a hospital we had never known about, was transforming. A visit in September 1995 convinced us of the need for Americans to support Israeli medical institutions. It''s something we have been doing since that time and we continue to urge our friends and relatives to join us."

Volunteer delegation of Israeli medical professionals travel to Kyrgyzstan to treat patients, many of them blind for many years • "Many remain blind only because the doctors in their country don't have the means to treat them," says delegation director.

Recent studies have found distinct differences between the handwriting of patients with Parkinson's disease and that of healthy people.