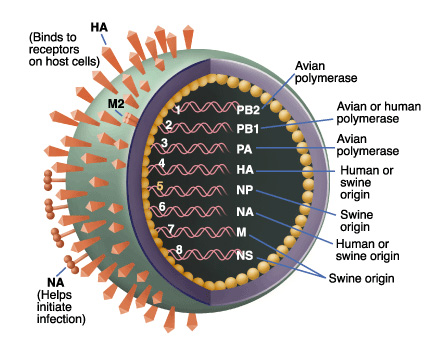 Rabin Medical Center takes the onset of swine flu seriously. When a 38-year-old man, whose lungs had been severely damaged by the swine flu, needed intervention, Rabin Medical doctors went the extra mile to save his life. Several weeks go, a special team from Rabin Medical Center traveled to a neighboring hospital in Israel where they placed the man on the ECMO (extracorporeal membrane oxygenation machine), a technique that provides both cardiac and respiratory support oxygen. This device is considered the last resort in saving lives with difficulties in breathing.

One of he leading centers for pulmonary disease, the Pulmonary Institute at Rabin Medical Center has extensive experience with the EXMO, according to Dr. Benjamin Medallion, Head of the Heart Lung Transplant Unit at RMC. The ECMO is a critical life saving technology that allows the lungs to heal while the patient is on the machine. This is the first such case in Israel where a swine flu victim in such critical condition has been saved by this type of respiration system., which is now also being used for this purpose in other medical centers worldwide.

Dr. Medallion headed this unique medical team. After placing the patient on the ECMO, he was brought by a special ambulance to the hospital's Cardiothoracic Intensive Care Unite, where he received around the clock intensive medical treatment. There was a dramatic improvement in the man's condition, and he was slowly weaned off the ECMO in order to begin breathing on his own. He is back now at his original hospital for further rehabilitation.

Speaking for his team and for the Cardiothoracic Surgery Division, directed by Dr. Eyal Porat, under which his team operates, Dr. Medallion notes: "We are thankful that we were able to save the life of this young man. We are hopeful that as we fight this disease, the ECMO will help save other critically ill swine flu patients in the future."

Donate to Save Lives, Find Cures and Advance Medical Treatment

Dr. Milton Saute, Director of the Lung and Cardiothoracic Surgery Department at Rabin Medical Center performed a rare operation to rebuild and widen the trachea of a 9-month-old infant at Schneider Children's Medical Center in Israel.

Reunited and It Feels So Good

A hospital is not just for healing. Sometimes, it is a place to get reacquainted with long lost friends.