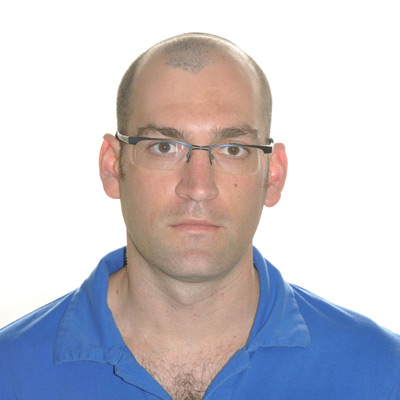 Beyond the fellowship work, the Federation held a reception for Dr. Sidon with their Doctor's Division and Maimonides Society, planned meetings with Federation planned giving and community campaign leaders, arranged home hospitality and included Dr. Sidon in the community-wide Israel Independence Day festivities at the Venetian Hotel and Jerusalem Day events.

The Rabin Fellow now in Las Vegas, Dr. Eli Sidon, was born at the Rabin Medical Center (formally known as Beilinson Hospital) in Petah Tikva in 1979, the very same hospital where he is now an orthopedic resident. Born to two Israeli parents, both "Sabra's", he is a second generation Israeli. Dr. Sidon was chosen by the Head of the Orthopedics Department, Dr. Yaron Bar Ziv, as he is considered one of their most promising orthopedic residents at the hospital. This Fellowship will allow Dr. Sidon to learn new techniques and collaborate with some of the best orthopedic surgeons in the United States.

In 1998, at the age of eighteen, Dr. Sidon began his service in the Israeli Army and was a soldier in the Israeli Navy. He was a Weapons Systems Technician on a major Israeli battleship and participated in many important missions during his army service. Today he continues to do his reserve duty as a doctor in the Israeli Navy. After completing his military service, Dr. Sidon was accepted at the prestigious Sackler School of Medicine at Tel Aviv University where he received his medical degree in 2009. Dr. Sidon decided to specialize in Orthopedics and is now doing his orthopedic residency in the Department of Orthopedic Surgery and Traumatology at Israel’s Rabin Medical Center. Dr. Sidon married Reut, a dentist, in 2005 and they have two children, a little girl, Yaara who is five, and a two year boy, Lavie. An avid bicyclist, Dr. Sidon often rides his bicycle twenty five miles from his home to the hospital.

Currently in his second year of his orthopedic residency, Dr. Sidon has shown to be a skilled, talented and compassionate surgeon and is well liked by the staff, his peers and his patients. He has become a valued member of the staff, assisting in all types of orthopedic surgeries including trauma surgeries. Dr. Sidon conducts research and clinical trials and is currently studying the effect of Vitamin C on Complex Regional Pain Syndrome.

For further information on sponsoring a Rabin Fellow in the United States or Israel please call AFRMC at 212-279-2522 or email us.

The Abe and Irene Pollin Award of Excellence was presented to four staff members of Rabin Medical Center for outstanding excellence in their work.

A 57-year-old man who used to blow the shofar in his synagogue until he was 17, when he suffered serious lung damage in a prank played on him, succeeded in blowing the ram's horn again for the first time.