Is the Cost of Cancer Medication Worthwhile? 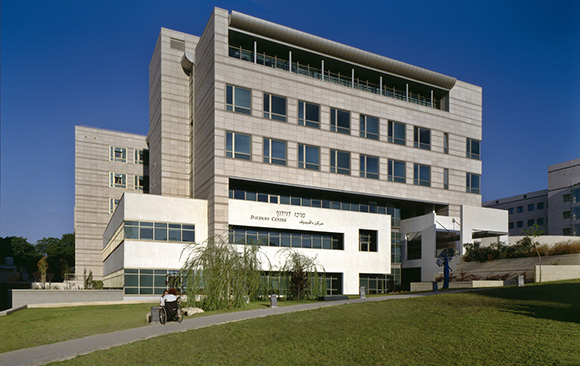 Adapted from an article by Keren Zuriel Zarari for the Calcalistis

At the height of his career Dr. Goldstein immigrated to Israel. At Rabin Medical Center, he has continued his analysis of the cost of medication, in an effort to prevent desperate patients from wasting their money over false hopes.

How much would you pay for a couple more months of life? And how much would this amount change if you knew in advance that these months are expected to contain pain and agony? Dr. Daniel Goldstein is trying to answer these impossible questions in the revolutionary research he developed. As an oncologist who has spent the last few years of his career treating cancer patients, he has seen many of them go bankrupt while trying to fund medications that help them heal. He realized that you cannot expect terminal patients and their hurting family members to make these calculations by themselves. He also factors in that often the pharmaceutical industry takes advantage of the hopes of terminal patients. Therefore, while continuing to treat cancer patients, Dr. Goldstein reviews data and calculations in order to reach the ultimate formula that will determine: how much money is justified to spend on a cure for a terminal patient?

Dr. Goldstein's research, should not merely be a guideline to patients but also to the doctor treating them, as they reach the decision whether it is worthwhile to purchase a specific medication. The mission he took upon himself is far more ambitious; he is heading the challenge of oncologists in the United States to force the pharmaceutical companies to adapt the outrageous prices of cancer medication according to the benefit they produce. Goldstein reflected:

"I think that in the recent years the pharmaceutical companies priced the medications quite wildly and managed to avoid responsibility.If they have an amazing medication, a lifesaving one, then we should pay a high price for it because we want to incentivize the industry to develop great inventions. But we should not pay a high price for a medication with a small benefit. The prices of cancer medications are rising regardless of their benefit."

While raising awareness in the fight against the rising price of cancer medication Dr. Goldstein's research has resulted in prestigious awards.

Professor Zvi Laron has been awarded The 2009 Israel Prize for Medical Research, the country's highest honor, for his groundbreaking research on growth hormone activity.

My Love of Shoes Helped Me Fight Breast Cancer

Barbara Abrams is a two-time survivor of breast cancer, an Ashkenazi Jew and BRCA positive. Every woman in her family, who has been BRCA tested, has the gene and has been affected by cancer in some way. Her grandmother, aunt and cousin did not survive the illness.

Dr. Eyal Porat, recently returned from India where he was part of a prestigious group representing Israel in the fields of medicine, culture, sports and culinary arts.