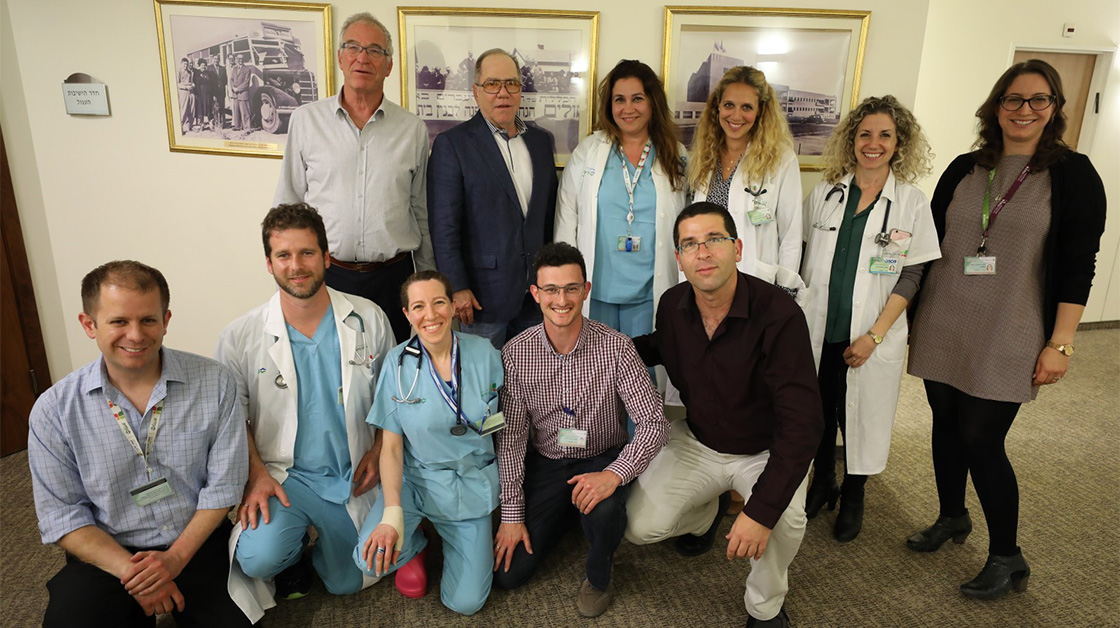 He mentioned several of the Arabs with which he works by name and how much he appreciates and enjoys them, and considers them friends. He re-posted Sela’s words and shared pictures of himself with his Arab colleagues.

“I am proud and happy in these pictures and in the beautiful and sane reality of the hospital [Rabin Medical Center] they reflect,” Granat wrote, inviting his post’s readers to join him by posting their own photos of Jews and Arabs co-existing in Israel. “Together we will raise the voice of brotherhood, partnership and friendship in the hope of creating a change of reality.”
Since it was published, Granat’s post has received close to 10,000 views and almost as many shares. Thousands of Jews and Arabs have started posting their own photos, too, each with the hashtag #equals. (article excerpts from The Jerusalem Post)

Over 130 physicians and medical personnel from the Israel Defense Forces Medical Corps participated in a one day seminar organized by the Department of Hematology.