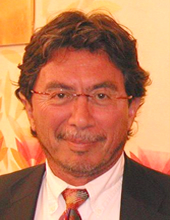 "I've waited for a baby for so long, I'm so happy," a woman who became the proud mother of a firstborn son at the age of 60, told Yedioth Ahronoth Wednesday.

The woman and her husband, an ultra-Orthodox couple living in the central Israel community of Kfar Khabad, were married over 40 years ago, and have been trying to have a child for nearly four decades.

The woman underwent numerous fertility treatments, and eight months ago finally became pregnant, but experienced various complications, which Prof. Moshe Hod, head of the High-Risk Pregnancy Unit at the Rabin Medical Center in Petah Tikva, said were typical of her age.

The woman went into premature labor about three weeks ago. She was hospitalized in an attempt to stop the early delivery, but soon after that doctors had no choice but to deliver the baby, which came into the world in the 34th week of pregnancy and at 4.29lbs.

"The woman is doing absolutely fine," said Prof. Hod. "She's in recovery with her son and she's euphoric. Naturally, she is going to have to be under observation for a while."

At the age of 60 a woman can no longer conceive a child naturally and the process requires an egg donation. The rest of the process is the same as any other in vitro fertilization and once an embryo has been created and deemed viable, it is transferred into the woman's uterus.

While technically there is no reason for a healthy woman in her 60s - or even 70s - not to become pregnant, such late pregnancies have sparked an ethical debate within the international medical community, with the two main questions remaining the process' fairness of the child - who may be orphaned at a young age; and the question of how much can we really interfere with nature.

Many Micronesia and Marshall Islands residents can now see again thanks to the recent visit of a team of Israeli ophthalmologists including the Rabin Medical Center's Prof. Dov Weinberger, Head of the Department of Ophthalmology and Dr. Iftach Yasur head of the Oculoplastics Service.