The First Female Gynecologist from the Israeli Druze Community 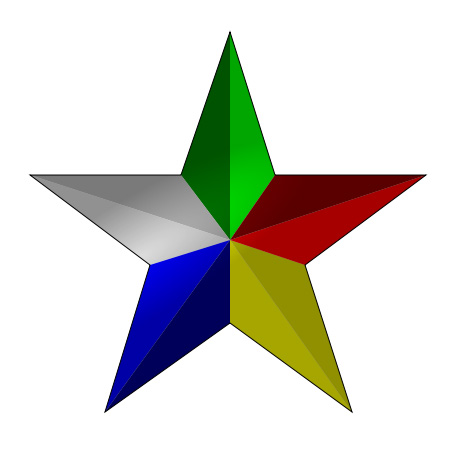 Hanna Nabwani, a young medical student from the small town of Julis in Israel, aspires to be the first Druze woman to earn a graduate medical degree and the first to offer gynecological care to the women of her community. She has overcome the poverty of her upbringing and her family has endured the stigma their community attaches to sending their daughter far from home, all to fulfill Hanna's dream of making life better for her people.

The Druze are an ethnic group distinct from their Arab and Israeli neighbors. Inhabiting hilltop communities spread throughout Syria, Lebanon, and Israel, the Druze have struggled for centuries to maintain their autonomy and preserve their cultural heritage despite the tumultuous politics of the region. Since before the Crusades, they have been known as able diplomats and proud warriors who have ably defended their homelands. In modern times, large numbers of Druze have found themselves living under the Israeli state and, in their efforts to preserve peace and find a place for their unique form of Islam and way of life, have distinguished themselves in both civil and military service.

Nonetheless, the Druze people in Israel still live as a largely poor and insular minority. Although they are no less entitled to medical care than any Israeli citizen, the Druze, especially Druze women, are often unable to find adequate treatment. Not only are the government clinics on which these small communities rely often ill equipped, but local custom, as with many Muslim communities, forbids contact between women and men outside of their family and especially with men from outside of the community.

Mrs. Nabwani hopes that, by becoming a gynecologist, she can make a significant impact on the lives of the women of Julis and Druze women throughout Israel, who often defer treatment until they can be seen by a female physician, of which there are few, or forgo it altogether. This is particularly the case of gynecological care, and as such there is an acute need for women like Mrs. Nabwani, who are intimately familiar with the Druze customs and respected members of the community.

Mrs. Nabwani hopes to start her residency at the Rabin Medical Center's Helen Schneider Hospital for Women, the leading center of its kind, that last for six years and give her hands on experience with the most advanced methods and equipment available in every aspect of gynecological care. It will allow her to bring the most modern medical insights to women in her home town and allow her to build relationships with a leading medical facility that she can leverage to their benefit. However, the fellowship must be funded and, as of yet, neither her family nor the Rabin Medical Center have been able to raise the necessary $50,000 a year. But even a $50 tax-deductible gift can help Hanna Realize her dream.

Because Mrs. Nawani's training promises to make such an impact on a disadvantaged community and because there are so few alternative sources of funding, the American Friends of Rabin Medical Center have been seeking American support for this admirable effort. We hope that you will read Mrs. Nabwani's letter appealing for help and share it with your friends. Any contribution, regardless of the size, from $50 to the $500,000 needed to fund the entire six-year program, would be deeply felt and deeply appreciated. Every little bit counts.

Get to know Hanna in her own words!

Professor Israel Meizner, head of the Ultrasound Unit at Rabin Medical Center's Hospital for Women, has performed thousands of ultrasounds and invasive procedures on pregnant women throughout his long career, but nothing like the extraordinary ultrasound of Limor Agamy.

The prestigious Division of Cardiology at Rabin Medical Center, headed by Prof. Alexander Battler, is the leading facility for heart patients in Israel.

The Helen Schneider Hospital for Women at Rabin Medical Center: From Strength to Strength

The Helen Schneider Hospital for Women at Rabin Medical Center, headed by Prof. Marek Glezerman, is the largest comprehensive hospital for women in Israel, and deals with all aspects of women's health.