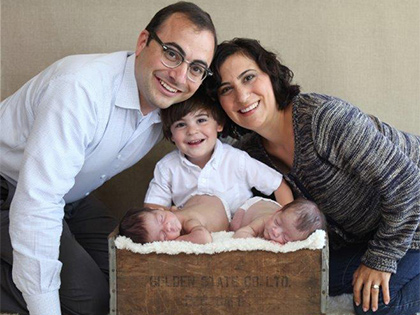 By Gina Kolata, for
The New York Times

For more than a century, researchers were puzzled by the uncanny ability of cancer cells to evade the immune system. They knew cancer cells were grotesquely abnormal and should be killed by white blood cells. In the laboratory, in Petri dishes, white blood cells could go on the attack against cancer cells. Why, then, could cancers survive in the body?

The answer, when it finally came in recent years, arrived with a bonus: a way to thwart a cancer’s strategy. Researchers discovered that cancers wrap themselves in an invisible protective shield. And they learned that they could break into that shield with the right drugs.

When the immune system is free to attack, cancers can shrink and stop growing or even disappear in lucky patients with the best responses. It may not matter which type of cancer a person has. What matters is letting the immune system do its job.

So far, the drugs have been tested and found to help patients with melanoma, kidney and lung cancer. In preliminary studies, they also appear to be effective in breast cancer, ovarian cancer and cancers of the colon, stomach, head and neck, but not the prostate.

It is still early, of course, and questions remain. Why do only some patients respond to the new immunotherapies? Can these responses be predicted? Once beaten back by the immune system, how long do cancers remain at bay?

Still, researchers think they are seeing the start of a new era in cancer medicine.

“Amazing,” said Dr. Drew Pardoll, the immunotherapy research director at Johns Hopkins School of Medicine. This period will be viewed as an inflection point, he said, a moment in medical history when everything changed.

“A watershed moment,” said his colleague, Dr. Michel Sadelain. (Both say they have no financial interests in the new drugs; Dr. Pardoll says he holds patents involving some immunotherapy drugs, but not the ones mentioned in this article.)

Researchers and companies say they are only beginning to explore the new immunotherapies and develop others to attack cancers, like prostate, that seem to use different molecules to evade immune attacks. They are at the earliest stages of combining immunotherapies with other treatments in a bid to improve results.

“I want to be very careful that we do not overhype and raise patients’ expectations so high that we can never meet them,” said Dr. Alise Reicin, a vice president at Merck for research and development.

But the companies have an incentive to speed development of the drugs. They are expected to be expensive, and the demand huge. Delays of even a few months means a huge loss of potential income.

Nils Lonberg, a senior vice president at Bristol-Myers Squibb, notes that immunotherapy carries a huge advantage over drugs that attack mutated genes. The latter approach all but invites the cancer to escape, in the same way bacteria develop resistance to antibiotics.

By contrast, immunotherapy drugs are simply encouraging the immune system to do what it is meant to do; it is not going to adapt to evade the drugs.

“We are hoping to set up a fair fight between the immune system and the cancer,” Dr. Lonberg said.

The story of the new cancer treatments started with the discovery of how cancers evade attacks. It turned out that they use the body’s own brakes, which normally shut down the immune system after it has done its job killing virus-infected cells.

One braking system, for example, uses a molecule, PD-1, on the surface of T-cells of the immune system. If a target cell has molecules known as PD-L1 or PD-L2 on its surface, the T-cell cannot attack it.

So some cancer cells drape themselves in those molecules. The effect, when T-cells are near, is like turning off a light switch. The T-cells just shut down.

Cancers that do not use PD-L1 or PD-L2 are thought to use other similar systems, just starting to be explored. Body systems have a lot of redundancy to tamp down immune attacks. But for now, the PD system showed researchers how cancer cells can evade destruction.

“That is what has been realized in the past few years,” said Ira Mellman, vice president of research oncology at Genentech. “Tumor cells are making use of this brake.”

The discovery led to an idea: Perhaps a drug that covered up any of those PD molecules, on the cancer cells or on white blood cells, would allow the immune system to do its job.

(There is another immunotherapy strategy - to take white blood cells out of the body and program them with genetic engineering to attack a cancer. Studies have just begun and are promising. But researchers note that this is a very different sort of treatment that is highly labor-intensive and has been successful so far in only a few types of cancer.)

The first indication that a cancer’s protective shield might be breached came in 2010, after a trial of the drug ipilimumab in patients with otherwise untreatable melanoma. The drug unleashes the immune system, letting it overwhelm tumors even if they have a protective shield.

Patients who took the drug survived an average of 10 months, or 4 months longer than those randomly assigned to a different treatment. And about 20 percent of patients who responded have now survived up to 10 years. It was the first drug to improve survival for patients with metastatic melanoma in a randomized trial.

“It was spectacular,” said Dr.Axel Hoos, vice president for oncology research and development at GlaxoSmithKline, who helped develop the drug when he was at Bristol-Myers Squibb. “Until that tipping point, immunotherapy had a bad name. It didn’t work.”

It had another drawback. By unleashing the immune system, it sometimes led to attacks on normal cells. In some cases, the reaction was fatal. But the trial was a proof of concept. It showed that cancers can succumb to an attack by the immune system.

“That opened the door a crack,” said Dr. Pardoll, of Johns Hopkins. “People stood up and took notice.”

Dr. Suzanne Topalian, a professor of surgery and oncology at Johns Hopkins, was one of the first to test the new drugs in patients. The trial began in 2006, with 39 patients who got a PD-1 blocker, made by Medarex, since bought by Bristol-Myers Squibb. The study included patients with a variety of advanced cancers, who had failed all traditional treatments; most had tried at least three, without any luck.

The study looked at safety, not effectiveness. But Dr. Topalian noticed something intriguing. One patient with lung cancer treated at a collaborating medical center had a partial regression of her tumor.

“It was very temporary; it was not enough to call it a response,” Dr. Topalian said. “But it was a signal; it was there.”

That was surprising because researchers had assumed the cancers most vulnerable to an immune system attack were melanoma and kidney cancer. Lung cancer was supposed to be out of the question.

“Julie and I got on the phone with Medarex and said, ‘You have to include lung cancer in your next clinical trial,’” Dr. Topalian said, referring to her colleague Dr. Julie Brahmer.

That led to studies of two Bristol-Myers drugs: one that blocks PD-1 and another that blocks PD-L1. The studies included a 503 patients with a variety of advanced cancers who had exhausted other options.

The findings, presented in October last year at a meeting of the American Society of Clinical Oncology, were striking. A significant proportion of patients responded, including 18 percent of 76 lung cancer patients who got the PD-1 drug and 10 percent of 49 who got PD-L1 drug. Dr. Pardoll, who is married to Dr. Topalian, said that when she and her colleagues presented the data, “it was almost like a hush fell over the room: ‘Can this really be?’”

As researchers continue to study the new drugs and ask if they can improve their results by combining them with other therapies, they are heartened by some of the rare patients whose cancers were halted by the drugs. They caution that these patients are unusual; critical studies to reveal the drugs’ effects on populations of cancer patients are still under way.

“What you really want to know,” said Dr. Roger M. Perlmutter, the president of Merck Research Laboratories, “is, are people living longer?” For that, “you just have to wait,” he continued, adding, “What I don’t want to do is give people false hope.”

But some patients, like two treated at Hopkins, have become emblems of hope.

In 2007, M. Dennis Sisolak, who is 72 and a retired engineer from Bel Air, Md., learned he had kidney cancer. The tumor was huge, and the cancer had spread. After he tried two new drugs to no avail, his doctor, Dr. Charles G. Drake, a kidney cancer specialist at Johns Hopkins, enrolled him in an early phase clinical trial of a PD-1 inhibitor. His cancer disappeared on scans and has not returned, even though he has had no treatment for a year.

“I have a lot of people praying for me,” Mr. Sisolak said.

Dr. Drake said three of his patients had similar responses, including one who was treated five years ago in the first study. All, with advanced disease, would have been dead by now, he said, adding, “I have never seen anything like this, personally.”

David Gobin, 63, a retired Baltimore police officer, has a similar story. He learned he had lung cancer in 2008. He had surgery to remove the two lower lobes of his right lung, then radiation and chemotherapy.

The treatment was grueling: he lost 70 pounds. Two years later, the cancer was back, and it had spread to the wall of his chest. He had more surgery, more chemotherapy, more radiation.

In 2010, Mr. Gobin entered a clinical trial of an experimental drug that interferes with cell growth, but had no success.

Then his doctor at Johns Hopkins suggested a Phase 1 trial of an anti-PD-1 drug.

His tumors shrank significantly and have not grown, even though he stopped taking the drug eight months ago.

“Every day I have my feet on the grass is a good day,” Mr. Gobin said. “I was in the right place at the right time. I will always have cancer, but you know what, I can live with it.

“The Lord wanted me to be alive, and I am alive.”

The Art of Healing: Art by Breast Cancer Survivors

Everyone is aware of the level of expert care that Rabin Medical Center offers to its patients. What is less well known, however, is the degree of thought that goes into planning and managing a patient's care.

Three years ago the Integrative Medicine Unit opened its doors at Rabin Medical Center's Davidoff Cancer Center, offering cancer patients complementary medicine therapies which can be combined with their conventional medical treatments, such as chemotherapy and radiation.

On the evening of May 7th, 2006, David Baruch from Fort Lee, New Jersey, accompanied by his three children Assaf, Sharon and Karen, officially inaugurated the David Baruch Day Care Floor at the Davidoff Cancer Center.